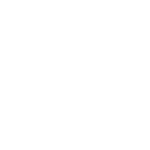 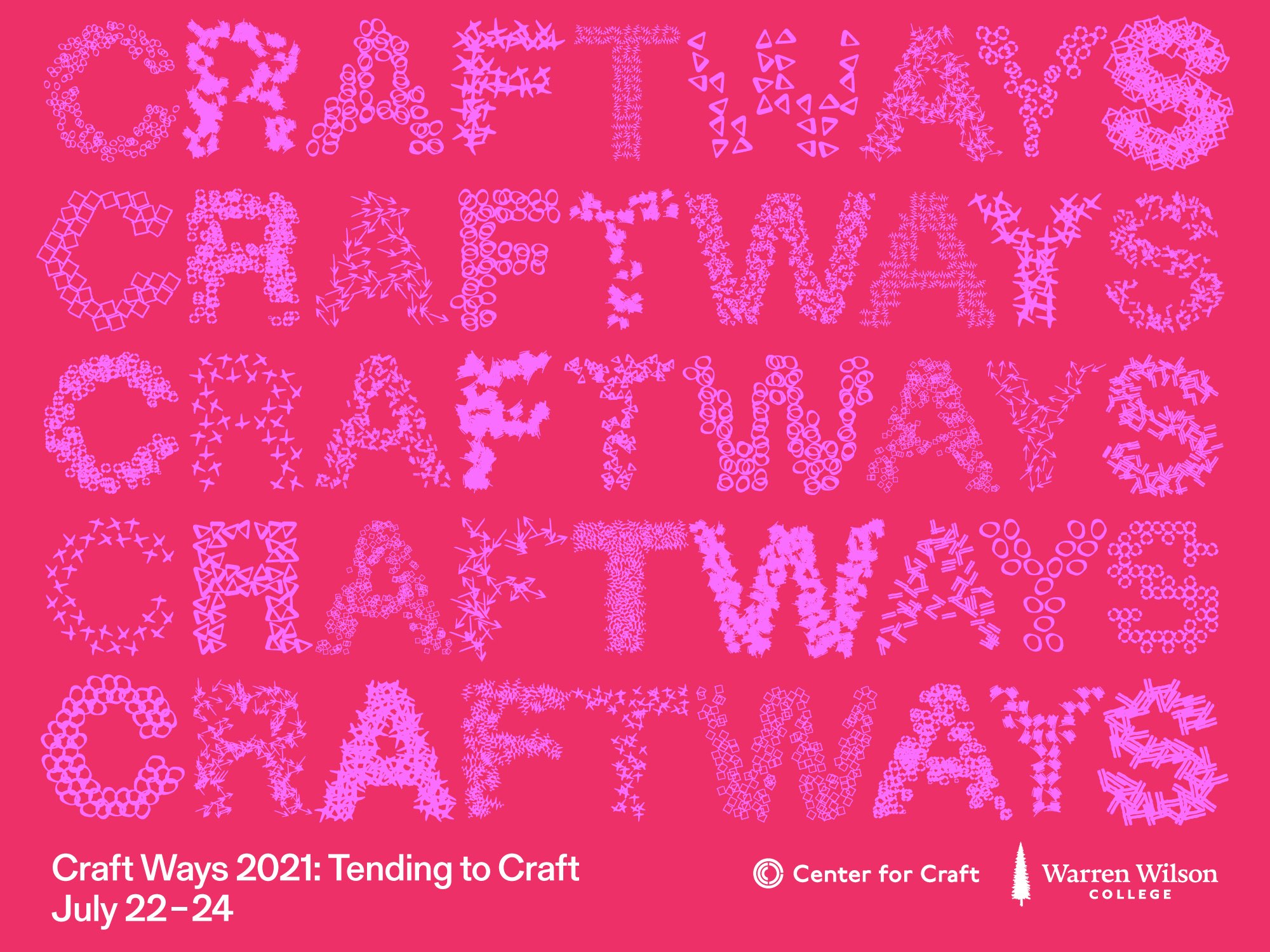 Purchase Tickets
Thank you! Your submission has been received!
Oops! Something went wrong while submitting the form.

Research can take a variety of forms: writing, working in archives, dialogue, making things, and examining things that have been made. We believe research, when expansive, culturally sensitive, and collaborative, is a process for tending to craft.
‍
The format for this gathering is a research experiment, and proposes a key question:

What work can we do together that we could not do alone?

With the purchase of your Craft Ways 2021 ticket, you get to:

To keep the conversations in our virtual symposium environment as intimate as possible, we are limiting this event to a maximum of 300 audience members.
‍
For inquiries, reach out to craftways@centerforcraft.org

Give to the Campaign

Through a series of sessions designed around listening, making, and discussing, this gathering is a place to share research tools, work-in-progress, and to think critically with people you may know - and those who you will get to know.

Over the course of three days, we will build, connect, experiment, and question how research tends to the study of craft. Participants will engage and reflect both on and off-line. Session formats vary from presentations followed by small, hosted group discussions to collective making workshops; from individual off-line experiences to short, fast-paced introductions to people and projects. Participants can shape the conversation, too, through breakout sessions on topics of their choosing.
‍
Craft Ways 2021: Tending to Craft aims to disrupt hierarchies and change craft histories. By shifting research towards collaboration and collectivity, we can learn from —  and with —  each other.
‍
We envision this gathering as a springboard to explore the possibilities of collaborative research — with outcomes unknown. If you are ready for this open-ended and collective consideration of what it means to tend to craft research, this gathering is for you. 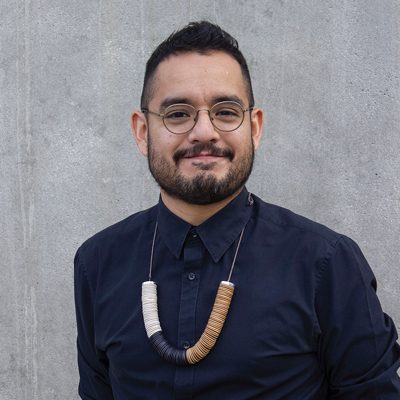 Born in Ciudad Juarez, Chihuahua, Mexico, Andres Payan Estrada currently lives and works in Los Angeles. An artist and curator whose practice focuses on issues revolving around contemporary craft and material practices with a focus on ceramics, he is currently the curator of public engagement at Craft Contemporary and visiting art faculty at the California Institute of the Arts. 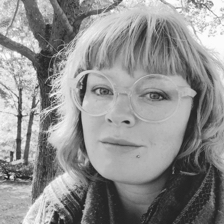 Julie Hollenbach is an Assistant Professor of Craft History and Material Culture at NSCAD University (K’jipuktuk/Halifax, Nova Scotia, Canada). Julie’s curatorial and academic work uses a queer, feminist, anti-racist and decolonial methodology in order to address craft practices and craft cultures at the intersections of history and location, tradition and ritual, contact and connection, meaning and use. Julie’s writing on culture has been published in popular press platforms (Canadian Art, Studio Magazine, and Crit Paper) as well as scholarly publications (Craft and Design journal, Cahiers métiers d’art ::: Craft Journal). Julie has curated exhibitions at the Art Gallery of Nova Scotia, MSVU Art Gallery, Union Gallery, and the Anna Leonowens Gallery. 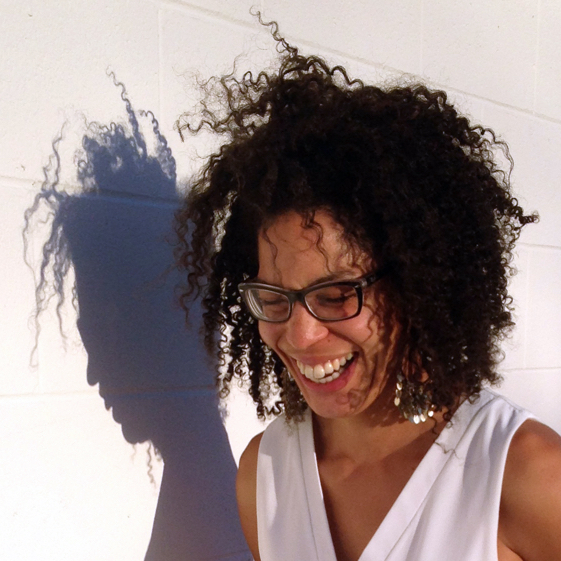 Lisa Jarrett is an artist and educator. She is Assistant Professor of Community and Context Arts at Portland State University’s School of Art + Design. She is co-founder and co-director of KSMoCA (King School Museum of Contemporary Art) and the Harriet Tubman Center for Expanded Curatorial Practice in NE Portland, OR, and the artists collective Art 25: Art in the 25th Century. Her intersectional practice considers the politics of difference within a variety of settings including: schools, landscapes, fictions, racial imaginaries, studios, communities, museums, galleries, walls, mountains, mirrors, floors, rivers, and lenses. She exists and makes socially engaged work within the African Diaspora. She recently discovered that her primary medium is questions. 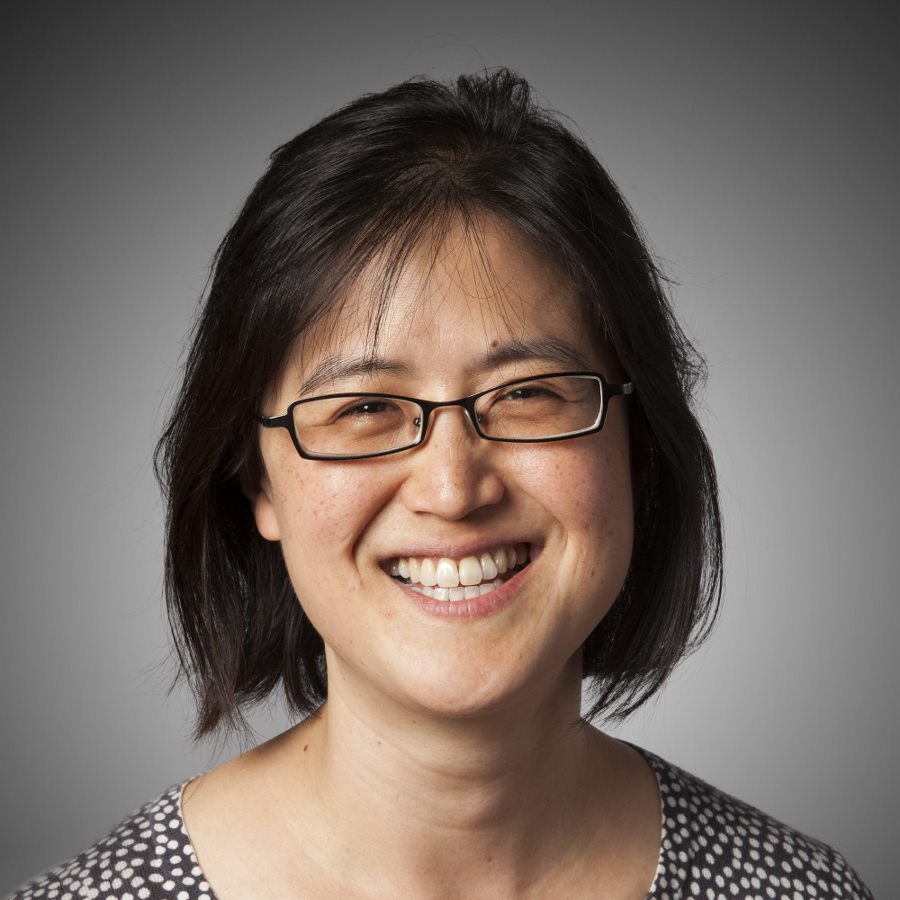 JeeYeun Lee is an interdisciplinary artist, writer, and activist based in occupied Potawatomi territory now known as Chicago. Through performance, objects, and socially engaged art, her work explores dynamics of connection, power, violence and resistance. Her art has been shown in Chicago, Detroit, Santa Fe, Ohio, Missouri, and France. She has worked with social justice and community-based organizations for over thirty years in immigrant rights, economic justice, LGBTQ issues, and domestic violence. She holds an M.F.A. in Fiber from Cranbrook Academy of Art, M.A. in Ethnic Studies from the University of California at Berkeley, and B.A. in Linguistics from Stanford University. 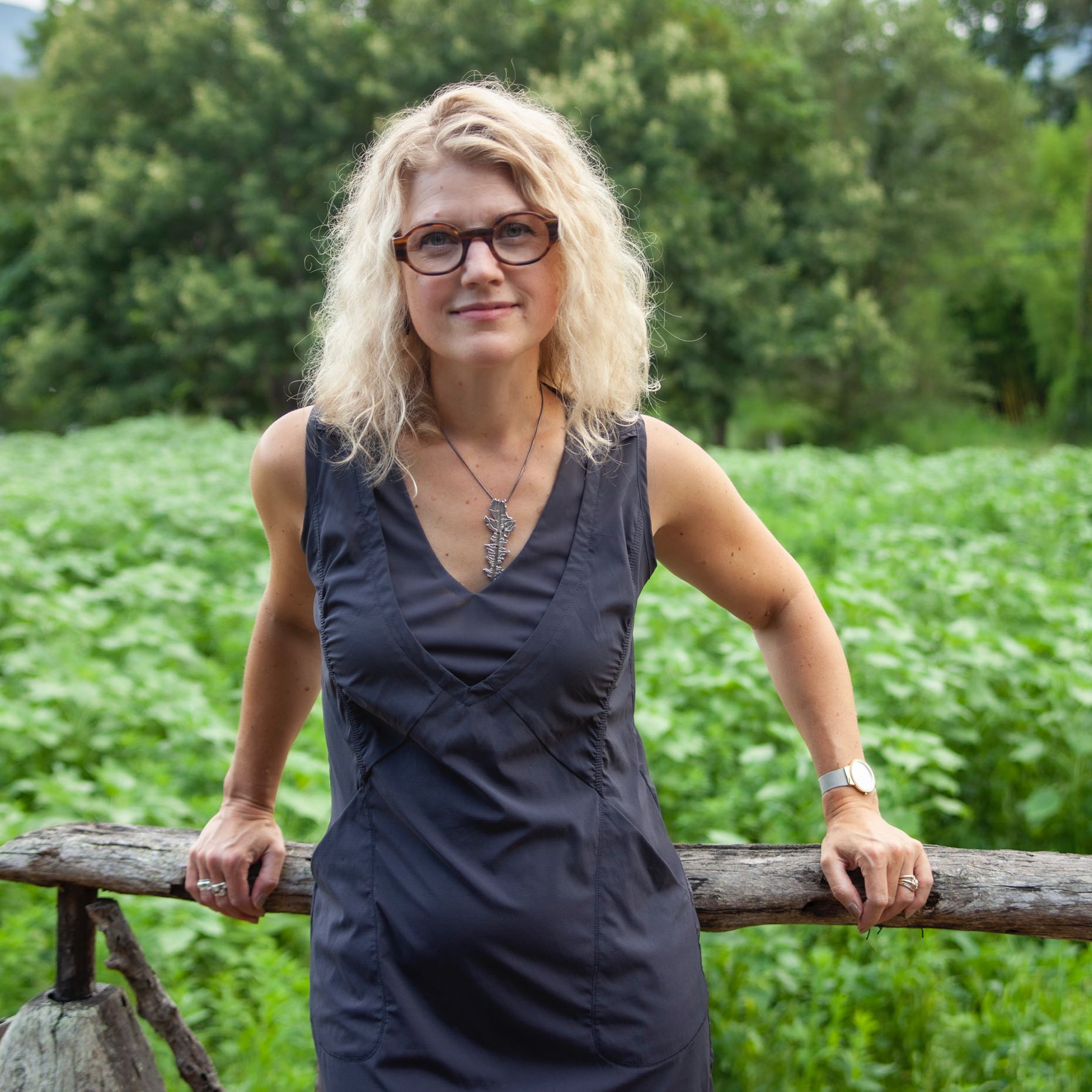 Alaska artist Amy Meissner combines traditional handwork, found objects, and abandoned textiles to reference the literal, physical, and emotional work of women. Her social practice includes teaching clothing and textile repair as acts of prolonging, care, and accompaniment of vulnerable objects. As a Northern Research Lab Fellow at the Anchorage Museum, her research into the craft of repair in the Circumpolar North informed her Practicum as an MA candidate in Critical Craft Studies (2021). 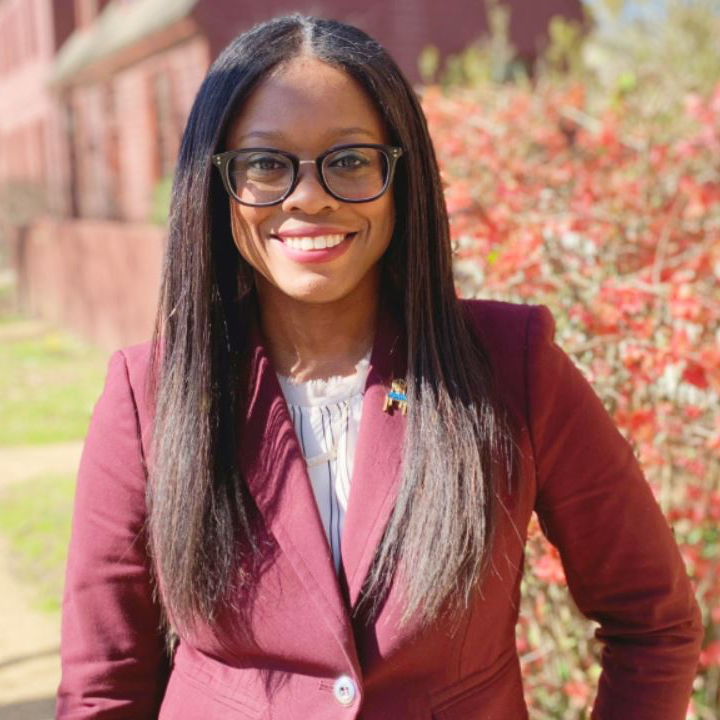 Dr. Tiffany Momon is a public historian and Assistant Professor at Sewanee, The University of the South, with years of experience participating in the preservation of community histories. Her work has taken her throughout the southeast, organizing community based historic preservation projects in locations such as Winston-Salem, North Carolina, the Alabama black belt, and the Kentucky segments of the Trail of Tears. Momon is the founder and co-director of the Black Craftspeople Digital Archive (blackcraftspeople.org), a black digital humanities project that centers black craftspeople, their lives, and their contributions to the making and building of America. Throughout her career, Momon has lectured on the subject of black craftspeople at organizations such as the Colonial Williamsburg Foundation, the Museum of Early Southern Decorative Arts, Winterthur Museum and Gardens, the Daughters of the American Revolution Museum and others. 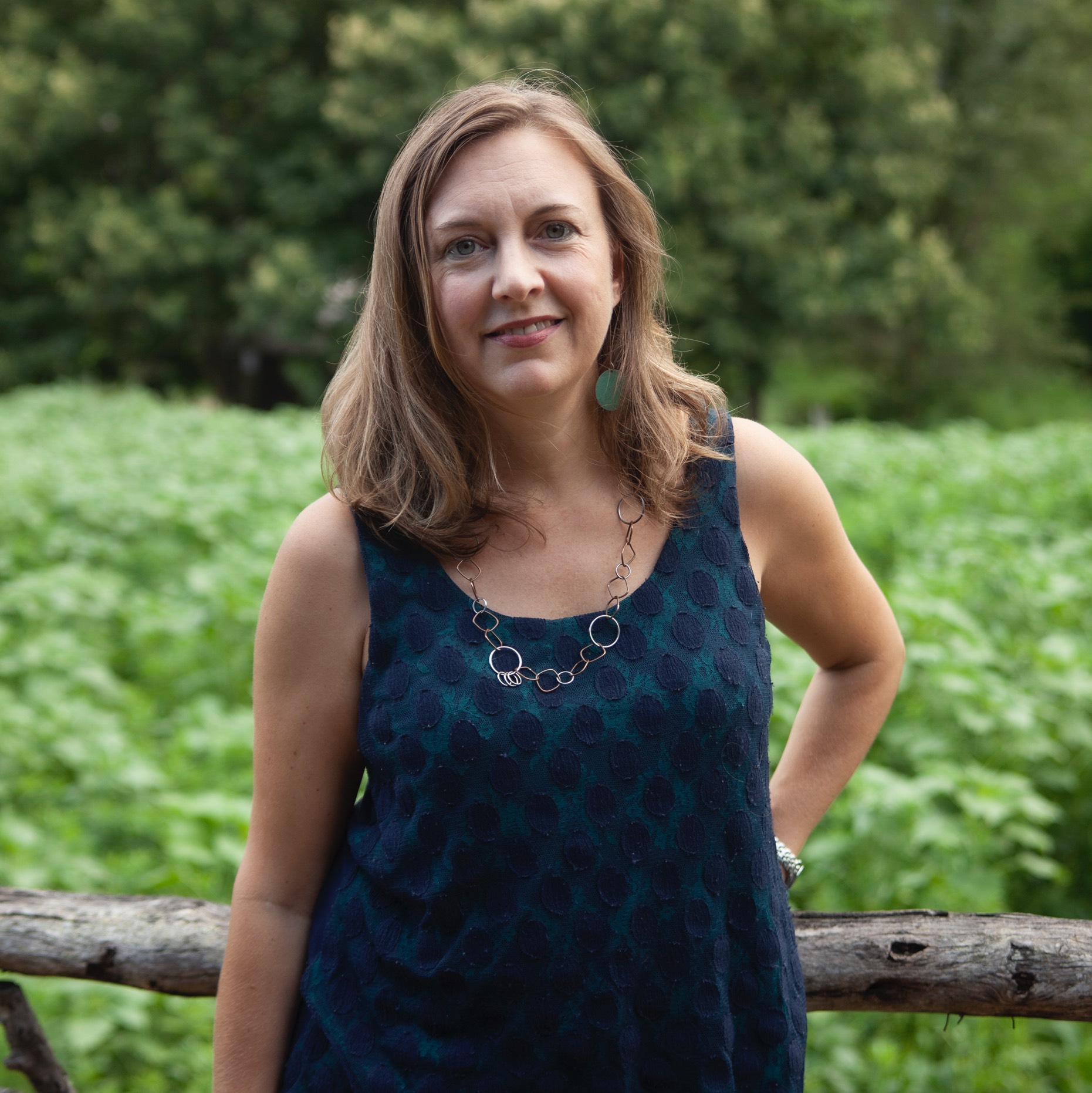 Heather Powers is a textile designer, artist, and organizing professional with a demonstrated history of working in the consumer and commercial service industries. She is skilled in Project Management, Space Planning, Organizing and Productivity consulting and coaching as well as a wide range of Textile manufacturing processes. In 2010, after 15 years of custom residential and commercial textile design with clients worldwide, Heather launched her organizing and design business, Creatively Organized Spaces. She uses a varied approach to help clients create intuitive, organized spaces to live and work in. Heather is avidly curious about how organizing and creativity go hand in hand. This curiosity led her to interview over fifty artists on the topic. In 2019 she began a MA in Critical Craft at Warren Wilson College, where she is further pursuing the intersection of her interests; more specifically, how artists craft their identity through the spaces and objects they create. She writes, consults and teaches across a wide range of creative topics and serves on the board of a regional (SE USA) creative nonprofit working to promote the art & history of natural Indigo textile dyeing. 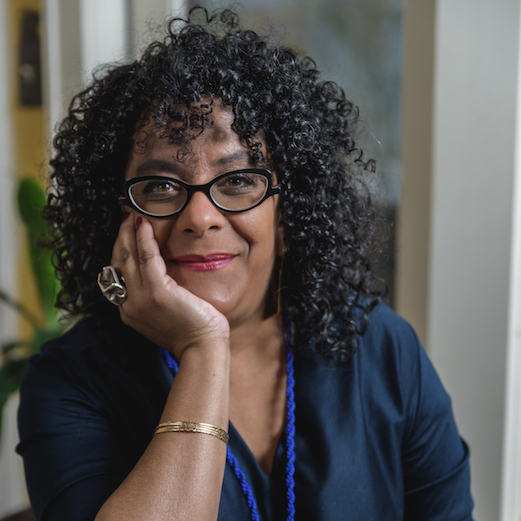 Namita Gupta Wiggers is a writer, curator, and educator based in Portland, OR. Wiggers is the Director of the Master of Arts in Craft Studies atWarren Wilson College, North Carolina. This low residency program, the first of its kind, focuses on critical and historical craft studies. She is the Director and Co-Founder of Critical Craft Forum. From 2014-17, Wiggers taught in MFA Applied Craft + Design, co-administered by Oregon College of Art + Craft and Pacific Northwest College of Art, Oregon College of Art + Craft, and at Portland State University. From 2004-14, she served as Curator (2004-2012) and then Director and Chief Curator (2012-14), Museum of Contemporary Craft, Portland, OR. She is editing the Companion on Contemporary Craft with Wiley Blackwell Publishers, and an ongoing research project on gender and adornment with Benjamin Lignel. Wiggers serves on the Board of Trustees, Haystack Mountain School of Crafts, and on the Editorial Boards of Garland magazine and Norwegian Crafts.

Additional participants to be announced soon!

How to Submit a Proposal for the Symposium

Give to the Campaign

Birds of a Feather

Want to propose sessions about your interests? During the symposium, Birds of a Feather sessions will be organized around topics suggested by you and fellow attendees with the aim of sparking new possibilities for connection, expanding the conversation, and learning with each other.

To submit a topic you are passionate about for a “Birds of a Feather” session, submit a form below by July 1st.

We want to know: What are YOU working on? In this open call, we welcome experimental or collaborative projects and presentation formats that creatively approach craft and research, and that capture your work and your thinking most vividly. Most importantly — how does your research tend to craft?

In a lightning round format, ten participants will be selected to share 5-minute presentations followed by a Q+A.Participants will need to attend a short tech check session before presenting, and all selected presenters will receive complimentary symposium admission or an equivalent honorarium.

To submit your "Lightning Round" proposal, submit a form below by July 1st.

Participants will be notified by July 12 if their project has been selected.

Craft Ways 2021 is co-presented by the Center for Craft and the MA in Critical Craft Studies program at Warren Wilson College. As program partners, this gathering exemplifies the type of generative collaboration that builds intergenerational networks to recognize and support future craft practice, research, and scholarship.

The Center for Craft is the leading national nonprofit working to advance the understanding of craft. Located in Asheville, NC, the Center for Craft offers quality arts programming and exhibitions free to the public, in addition to a nationally recognized grant program that serves artists, curators, and scholars throughout the United States.
‍
Warren Wilson College, a private four-year liberal arts college in the Swannanoa Valley, North Carolina, provides a distinctive undergraduate and graduate education that combines academics, work, and service. Warren Wilson College’s Masters in Critical Craft Studies is the first and only low-residency graduate program in craft history and theory.

Special thanks go to the Windgate Foundation for their support in making this event possible.

Additional thanks to the Working Group whose vision informed the fabric of this gathering, including: Julie Hollenbach, Lisa Jarrett, PJ Gubatina Policarpio, Jen Delos Reyes, and Emily Zilber.

The Community Foundation of Western North Carolina is a trusted partner in philanthropy.  We help donors and nonprofits achieve their charitable goals, now and forever.