The gallery will support emerging makers and foster talent with the help of local donors. 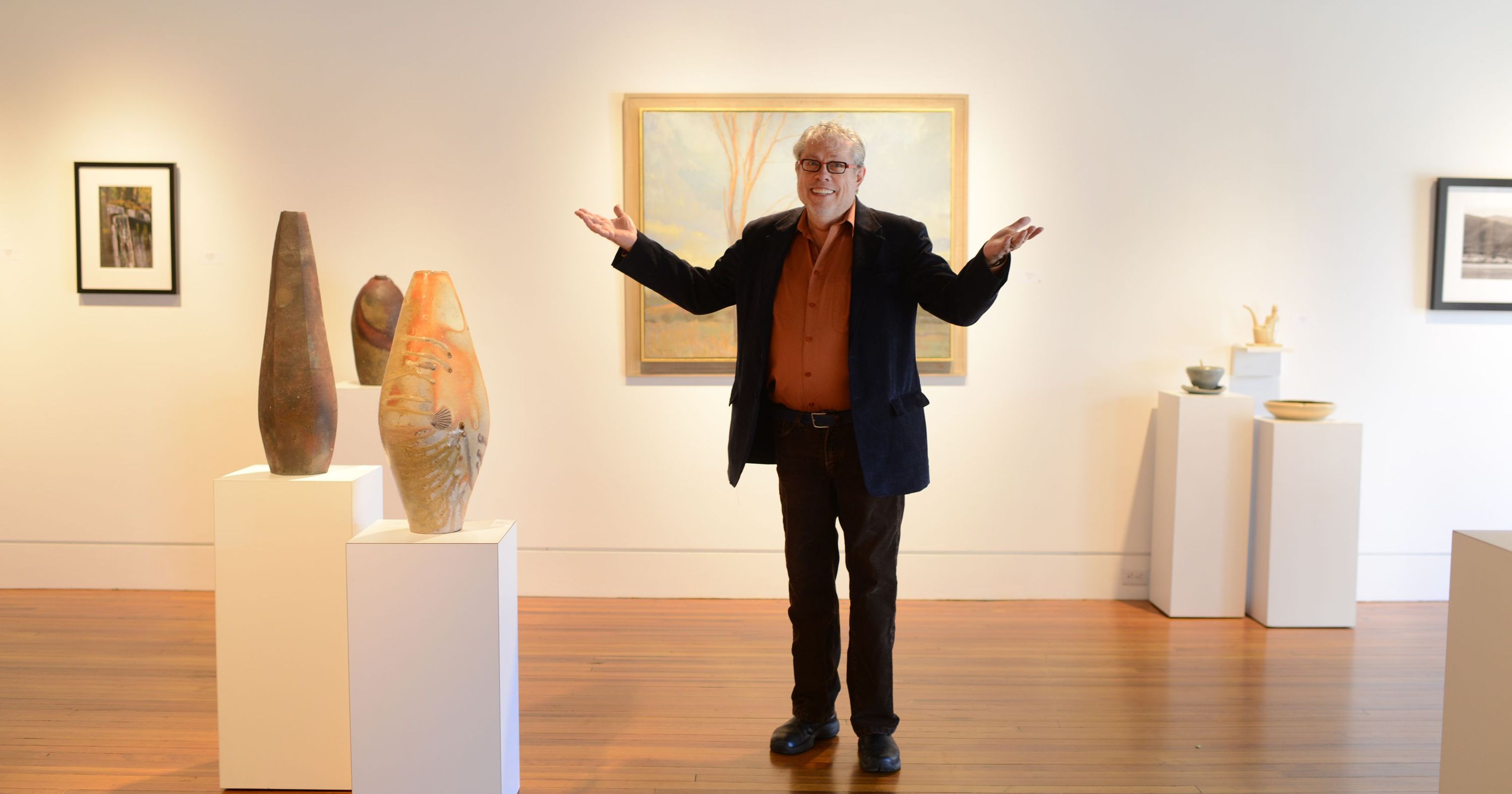 As renovations at the Center for Craft continue, staff and supporters are thrilled to honor arts advocate and luminary John Cram, a key figure in Asheville’s cultural revival in the 1980s and 90s, with a named gallery. The street-level John Cram Partner Gallery, which will be shared by UNC Asheville, Warren Wilson College, and the Center for Craft, will be a showcase for emerging talent in the spirit of Cram’s legacy when the Center reopens in November 2019.

A Renaissance man and entrepreneur, Cram fell in love with Asheville at a time when the city was struggling economically, and in 1972 he opened New Morning Gallery, which still specializes in handmade art objects produced locally, and, a few years later, Bellagio Art to Wear. From there, he opened Blue Spiral 1, Bellagio Everyday, and the Fine Arts Theatre, rescuing three downtown buildings to create spaces that are now synonymous with Asheville’s thriving arts culture.

Cram’s keen sense for the business of art has always been intertwined with and inseparable from his passion for community advocacy. That passion led him to participate in the city’s Tourism Development Board, where he was a supporter of funding and legislation that nurtured Asheville’s revitalization, as well as to support conservation trusts working to preserve Western North Carolina’s natural beauty. In 2013, Cram received the North Carolina Award – the state’s most prestigious honor – for fine arts. Today, he and the creative establishments he established have become a significant presence in a city where the arts and tourism are a symbiotic, driving force.

Now, the Center for Craft is paying homage to Cram’s local legacy through the partner gallery.  “As an organization that engages both local and national audiences, the Center for Craft owes deep gratitude to John Cram's influential ideas and efforts in our region's arts community,” said Stephanie Moore, Executive Director. “We are delighted to recognize his contributions with a space named in his honor.”

Local support through fundraising and generous donors is helping the Center for Craft’s vision become reality. The Center for Craft received a $25,000 challenge gift from McKibbon Hospitality Chairman John McKibbon to support the Building a Future for Craft campaign, launched in 2017. “I am honored to support this effort to recognize John’s contribution to the arts in Asheville,” said McKibbon. “I hope my gift will inspire others to donate to this worthy cause.”

McKibbon’s gift challenges other donors to make campaign contributions honoring Cram in the creation of this new gallery, which will welcome artists and visitors alike as inheritors of the collaborative, generative spirit that defines Cram’s work in Asheville and continues to set the tone of our arts scene today.

Following in the footsteps of his legacy, the Center for Craft will reopen its doors with 7,000 additional square feet in its historic downtown Asheville location. This "National Craft Innovation Hub" will offer  collaborative coworking space, event and meeting rooms, and expanded galleries – including the John Cram Partner Gallery.

A special preview event for Center supporters and partners who donate $350 or more is scheduled for the evening of November 15, with the public grand reopening on November 16.

Gifts to the Building a Future for Craft campaign fortify core programming, establish a fully endowed fellowship and grant program for emerging talent, and create a 21st-century cultural destination in Asheville, NC.

For more information or to donate, visit: centerforcraft.org/support.

Founded in 1996, the Center for Craft (formerly The Center for Craft, Creativity & Design) is the leading organization in the United States identifying and convening craft makers, curators, and researchers, and matching them with resources, tools, and networks to advance their careers. Over the years, the Center has become a vital community resource, serving thousands of visitors annually. As a national 501c3 nonprofit organization dedicated to advancing the field of craft, the Center administers more than $300,000 in grants to those working in the craft field. Follow the Center at centerforcraft.org, and on Facebook and Instagram.